Well, the Ann Arbor Area Krappy Kamera Club is currently having a show at Gallery 4 in Ann Arbor's beautiful Nickels Arcade. To keep with the spirit of toy camera photography, I'll feature several architecturally-themed cheap shots, courtesy of the Holga and Diana. 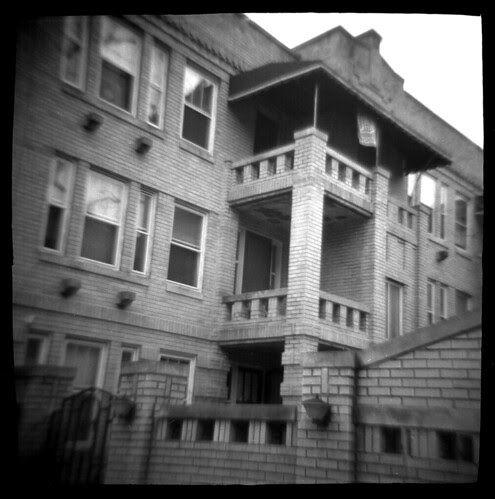 Ann Arbor's doomed Anberay Apartments. I was lucky to catch this complex earlier this month -- I don't know how much longer they'll be lasting. A high-rise condominium will be replacing the apartments in the near future. In related news, demolition has begun on the Frieze Building. 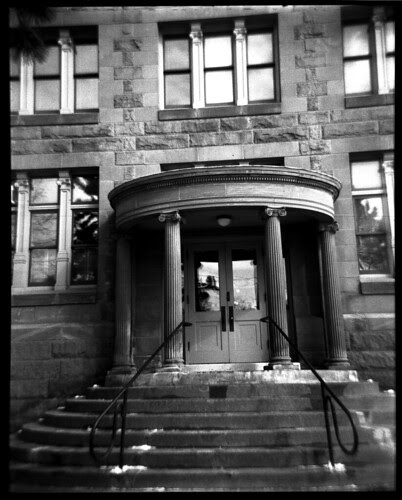 The side entrance to the Marquette County Courthouse. This is the entrance in which you see the characters enter and exit the building in the film Anatomy of a Murder. This small portico, with its graceful ionic columns, carved from red sandstone, is quite different than the front entrance of the courthouse, which is guarded by gargantuan granite doric columns. 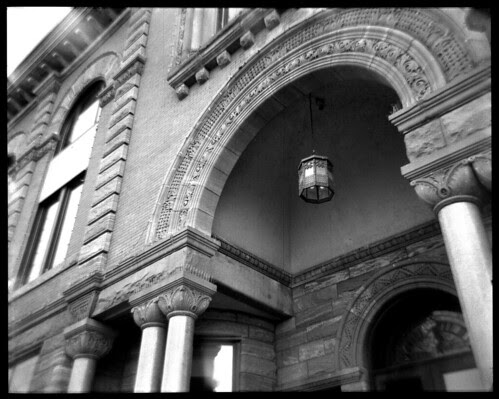 The Old Marquette City Hall -- still one of my favorite buildings in Marquette. It's amazing how the well the detailed carving in the sandstone came out, even though the photograph was taken through the plastic lens of a Holga. 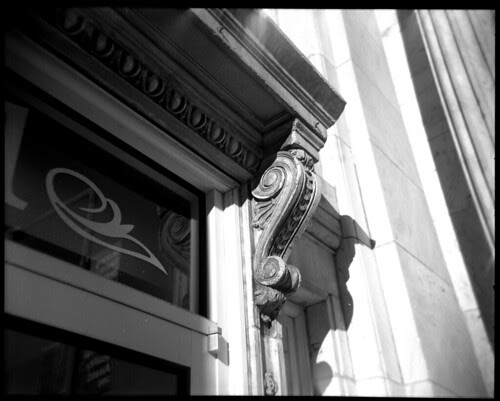 A small architectural detail on what I think was a bank, in Kalamazoo. 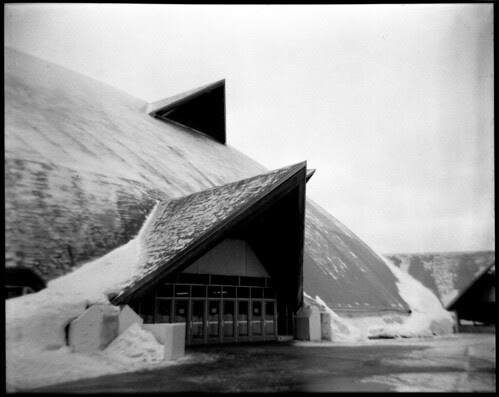 How could I exclude Northern Michigan University's iconic Superior Dome (more commonly referred to as simply "The Dome")? This structure holds the title as the largest wooden dome in the world, just narrowly beating out a similar building in Japan.

A benefit of using toy cameras to photograph familiar architecture is that everything is seen through an entirely different lens. When I think of how many shots I've taken of the Old City Hall, the courthouse, and the Dome with the run-of-the-mill camera, I think I prefer the non-conventional ones taken with the toy cameras.
Posted by J. O'Brien at 10:00 PM No comments: 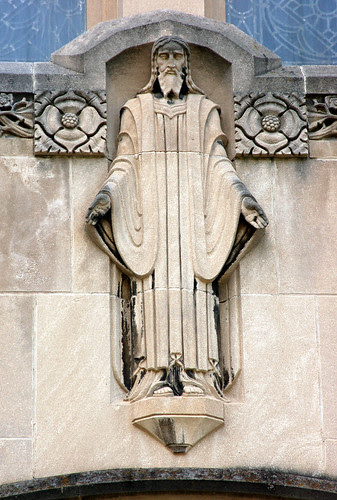 First Methodist Church, Ann Arbor. The structure dates from the 1930s; this image of Christ is angular in form and is representative of the art deco style. 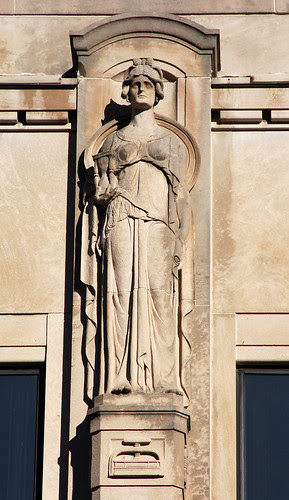 The figure of a goddess, in Kalamazoo. Represented in an Americanized classical form, she holds an hourglass and a scroll, and stands atop a book press. 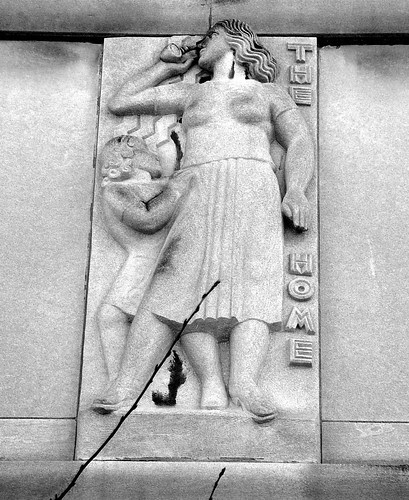 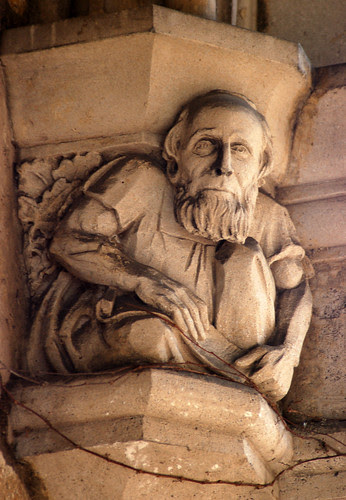 The caricature of Erastus Otis Haven, an early president of the University of Michigan. U of M Law Quad, Ann Arbor. 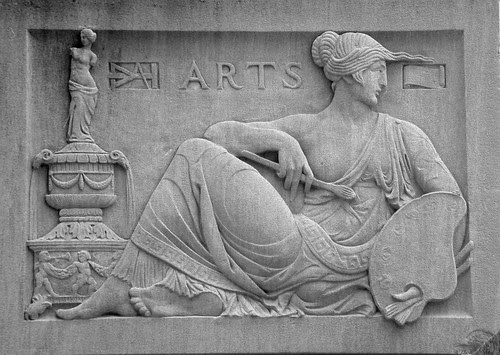 The Artisic Muse, as seen on the University of Michigan's Angell Hall in Ann Arbor. Note the Venus De Milo in the upper lefthand corner. 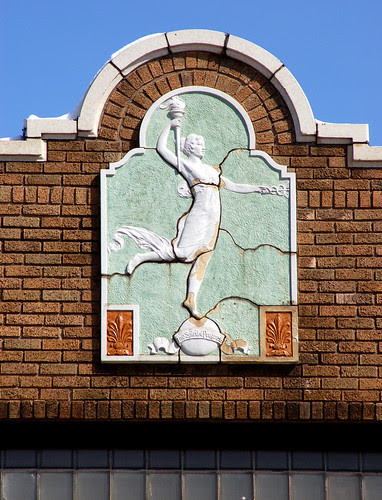 Montgomery Ward's Spirit of Progress, as seen on a former store in Three Rivers.
Posted by J. O'Brien at 11:26 PM No comments: 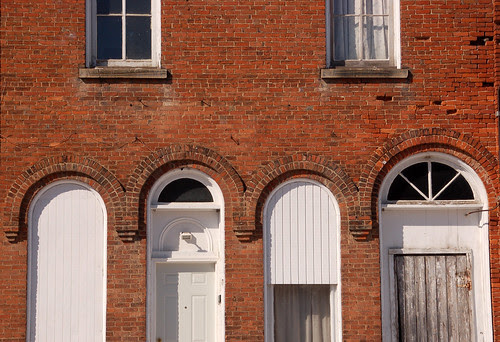 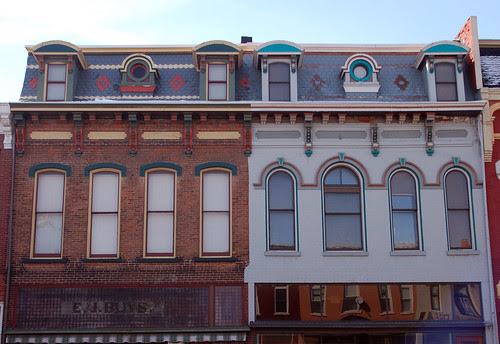 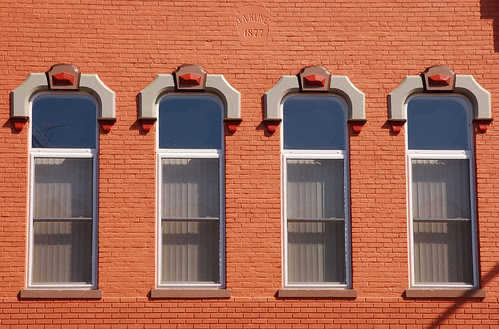 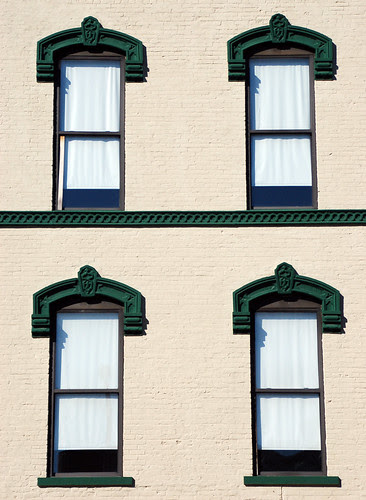 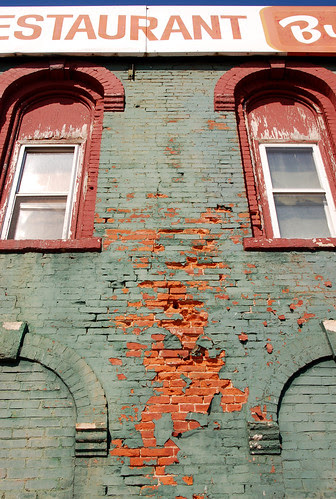 I apologize for the extended hiatus; life and college and such have been complicated for me for the past few months. Updates will probably be slow until I am out of school for the semester, but when spring comes, believe me, I will be out photographing everywhere.
Posted by J. O'Brien at 5:56 PM 1 comment: