You've probably seen a multitude of photographs that show Marquette's county courthouse, ore docks, clocktower, and cathedral -- but what about the architecture we never see? The buildings we overlook are often quite beautiful, or used to be in their heyday. They've got rich, gritty textures and surprising colors that just aren't seen on the structures of today. 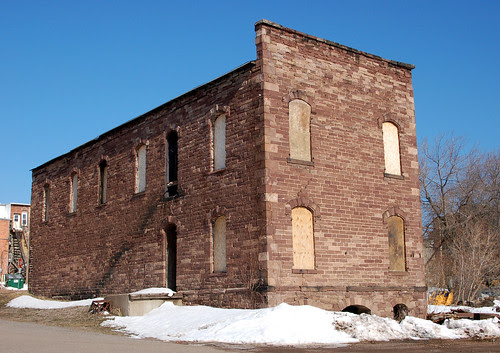 This gutted, abandoned building faces Lake Superior and the ore dock. I don't know what its original purpose was, but I would guess it once played a role in the iron ore or fishing industry. Notice the scars of a staircase that was once attached to the outside of the building. The structure is made from blocks of local sandstone, the same rock that helped build the rest of the city. 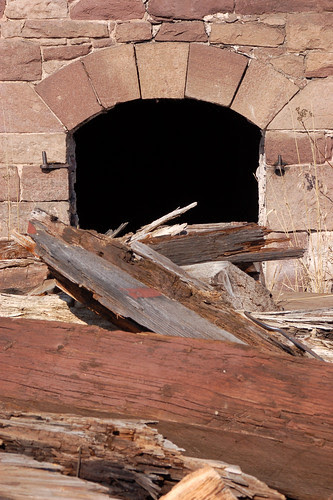 If we move in closer, we can see the blocks of stone cut to form an arch over a basement-level window. 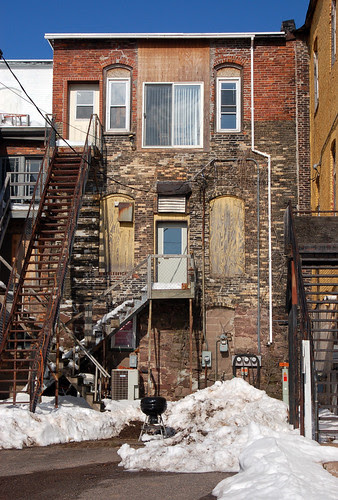 The back of this building is constructed from two kinds of brick and sandstone blocks, not to mention the wood where an extra window was added. All of the additions and changes tell a story of the building's history, most of which is probably forgotten. 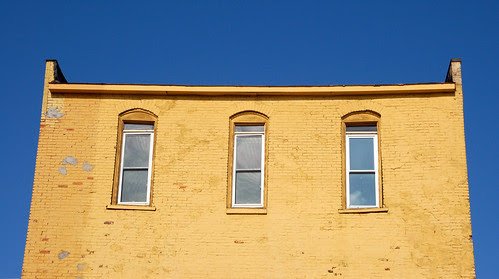 The back of this yellow brick building is simple, yet beautiful. 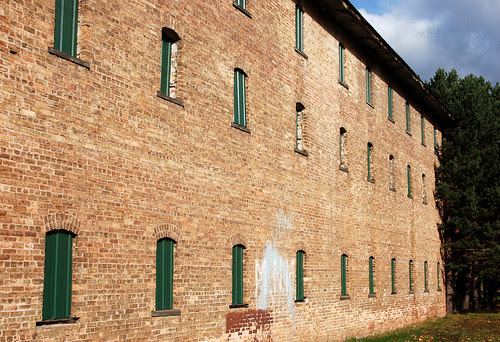 This old warehouse faces Lake Superior, near the Picnic Rocks park. I don't know what was produced there, but the complex, though abandoned, seems to be kept up by the city. 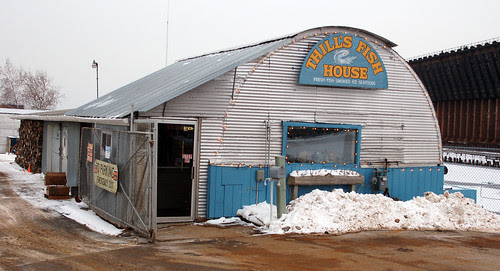 Thill's Fish Market, though only a quonset hut, has just as much character as a building constructed a century ago.

I'll be leaving Marquette for the summer this Friday, as that is my last day of final exams at Northern Michigan University. Though it will be nice to return home to Ann Arbor, I will truly miss the Upper Peninsula, Marquette, and all of my friends here. I might do one more post about Marquette before leaving -- perhaps highlighting the ore docks here.

As a sidenote, I will finish the series about the U.P.'s old theaters.
Posted by J. O'Brien at 1:37 PM 2 comments: