The U.P.'s Theaters, Part One

I don't want to overrun this blog with imagery of Michigan's beautiful movie theaters, but I do feel that they are an important aspect of our state's architecture. Often overlooked are the theaters in the Upper Peninsula. Though they are much smaller and less ornate than the theaters in our state's south, those found here are quite beautiful. 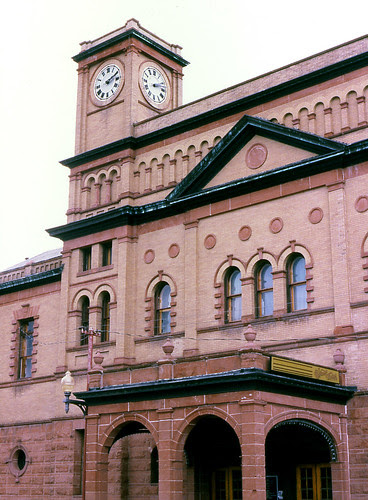 The very historic Calumet Theatre was built in 1885 and is one of the oldest theaters in Michigan. Its architect was C. K. Shand. Constructed far before the invention of moving pictures, its original purpose was to show live productions. Its architecture has a classical flavor to it, showcasing Romanesque arches, a pediment, and even a clocktower. 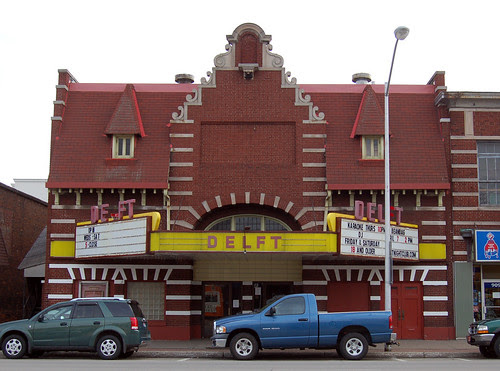 Escanaba's former Delft Theatre is now being used as a dance club. Its architecture has a very ornate Dutch influence, with ornamented stepped gables and a steeply pitched roof. 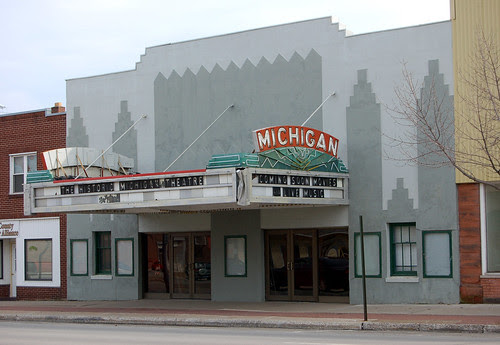 Escanaba's other theater is the Michigan. Its simple façade showcases the skyscraper-styled Art Deco motif. Though until very recently the building served as a church, it is now being renovated and restored, to return to functioning as its proper purpose: a theater! Such happy endings aren't very common these days, so it's good to know that this theater will once again be showing movies. 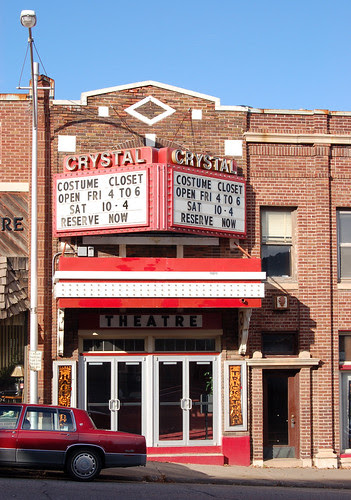 The Crystal Theatre in downtown Crystal Falls is truly a gem. Built in 1927, it is a tiny and unassuming building, but the inside is surprisingly ornate. It was recently restored by the owners to its original Art Deco styling. It has one screen and even has its own, original organ. 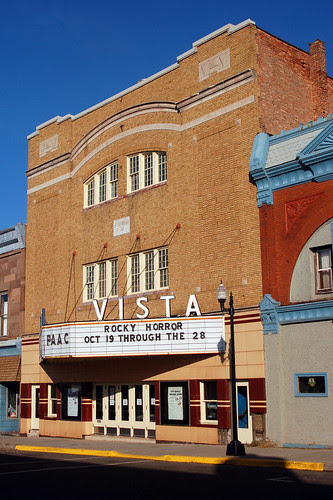 The Vista Theatre in Negaunee is an unexpected sight in such a tiny town. It was opened in 1926 and today shows the odd live show every once in a while, its most notable production being the Rocky Horror Picture Show.
Posted by J. O'Brien at 2:02 AM No comments: